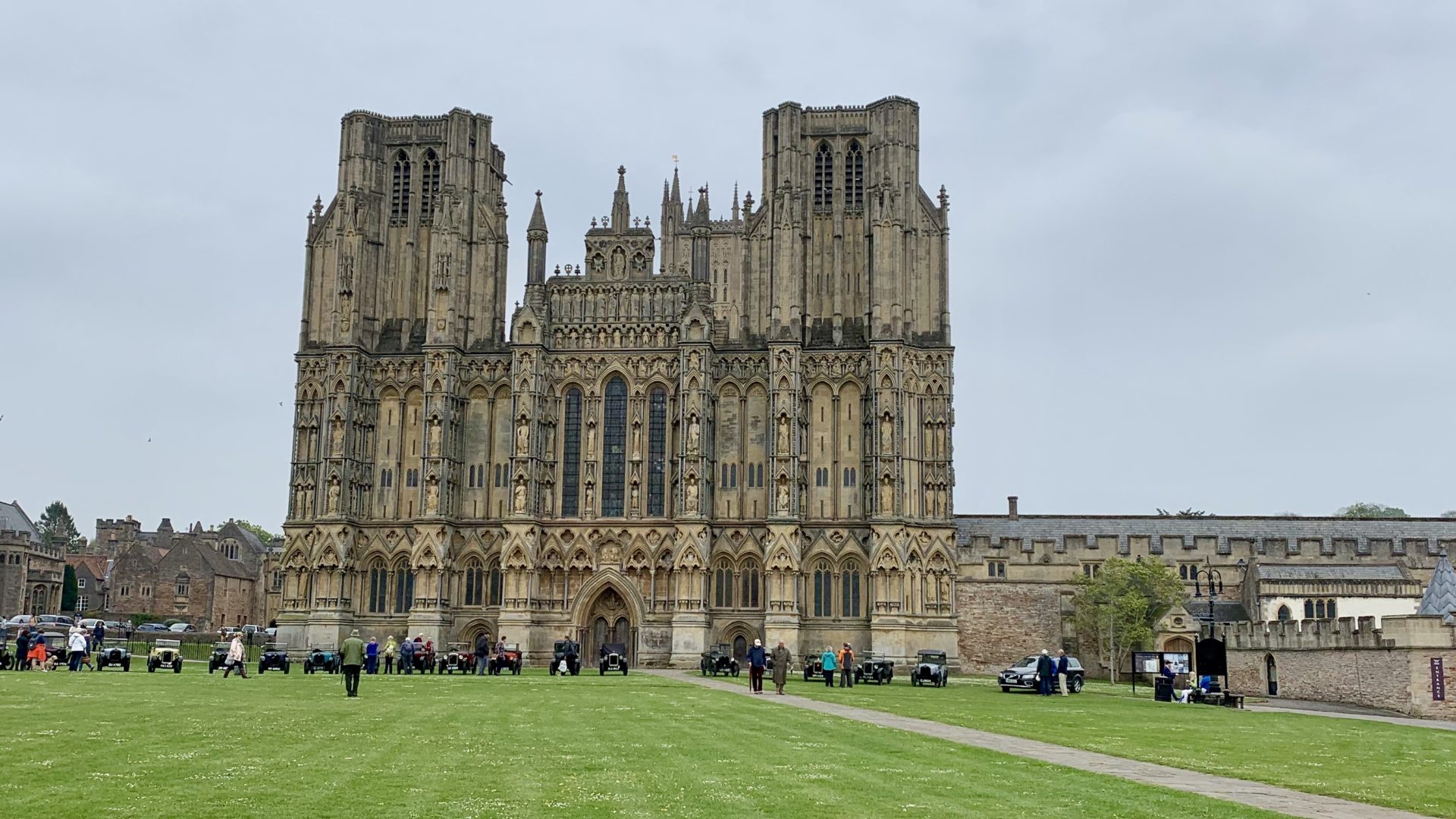 Today we took a tour—turned out to be just three of us, which was a little rough on the tour guide, who has a bus big enough for 16—to Wells and Glastonbury and Cheddar Gorge. More about Glastonbury & Cheddar Gorge later.

Wells is a city I’d never heard of. Wikipedia tells me it’s only a city because it’s been called a city since medieval times, largely because it has a cathedral. (I didn’t learn why the cathedral was built there in the first place.) It’s only about 3 km2, and has a population of less than 10k. It’s named Wells because of three springs on the property of the Bishop’s Palace, from a time when the words spring and well could be used interchangeably (and yes, the bus driver and I went on a tangent about the words ;), which they used to make a moat around his fortified palace.

We lucked out that the tour was on a Wednesday, which is market day. They block off the center of this medieval town and it’s filled with booths. We saw at least three booths selling falafel, and ate at one of them (it was delish), and bought a wedge of sheep cheese from a local farmer who was proud as could be of his cheeses1.

The Cathedral was damaged during the Reformation, when Henry VIII stripped the Church (i.e. the Catholic Church) of its wealth and possessions. This cathedral wasn’t destroyed like the one in Glastonbury, apparently because the Bishop was willing to accede to the king’s demands. Nevertheless, it was missing statues on the outside, from vandalism and apparently they were used for target practice (I missed the whole story there), and many of the stained glass windows were destroyed by Cromwell during the the revolution. (Near as I can tell, the cathedral was damaged several times.)

Ben discovered the library, where they keep the old books chained up, and the librarian told us about how researchers have found sheet music used as end-papers when some of the books were bound, which is the only reason we have those pieces anymore.

Like all cathedrals, there’s a lot going on inside. Tombs and obscure rooms. This one had interior and exterior clocks that moved and chimed every quarter hour. Here’s the interior one:

1 And when we mentioned it to our tour guide, he knew exactly which farmer we were talking about.