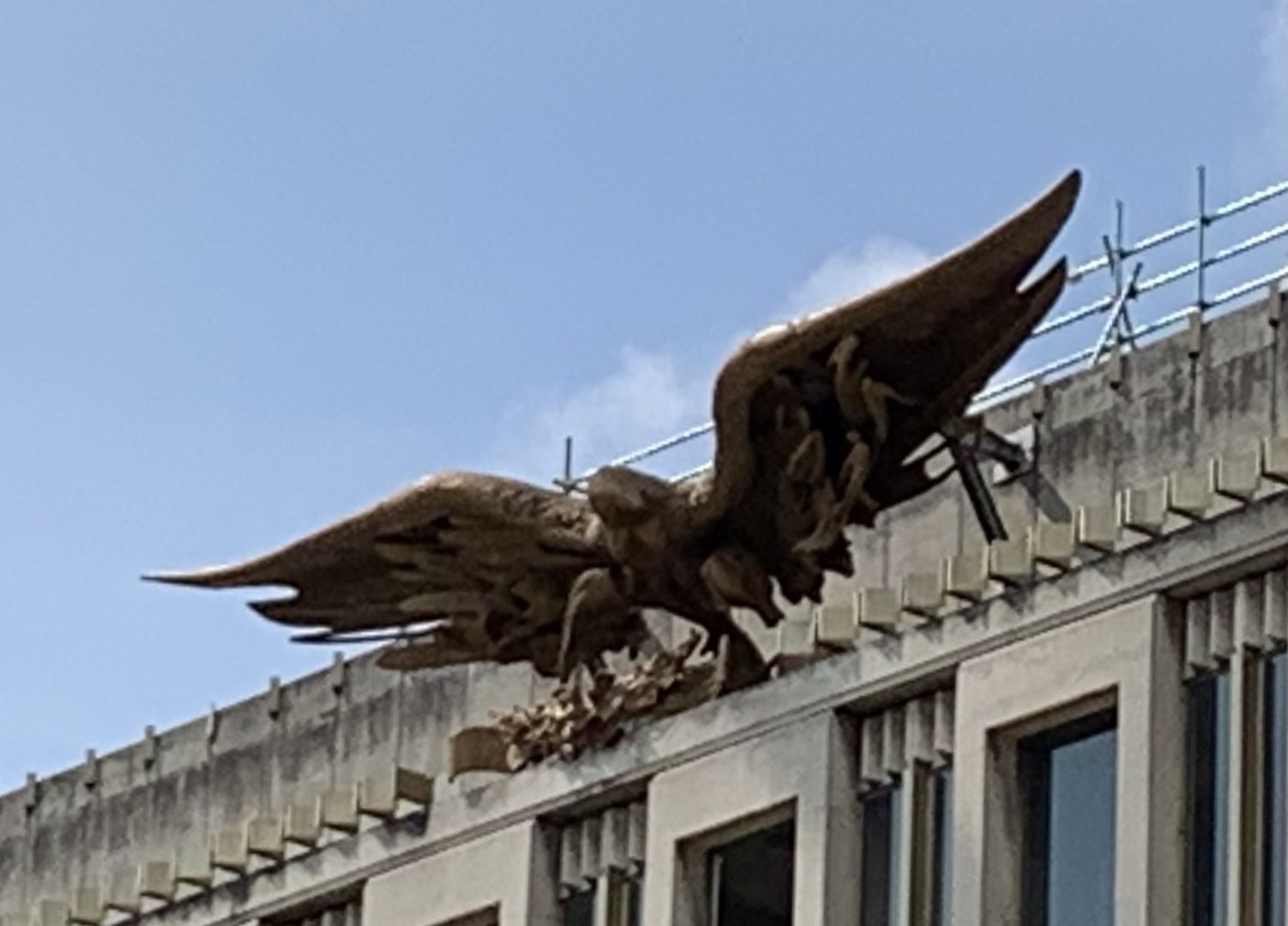 With the part of our morning not spent eating, packing, or getting to the train station, we took a walk to Grosvenor Square in Mayfair. All the Regency books set in London (ok, maybe not all of them) have their heroes living in Mayfair, often on Grosvenor Square. If all of those characters actually lived there, there would be many times as many houses as fit around the square. 😆

So we had to visit, while we were in walking distance.