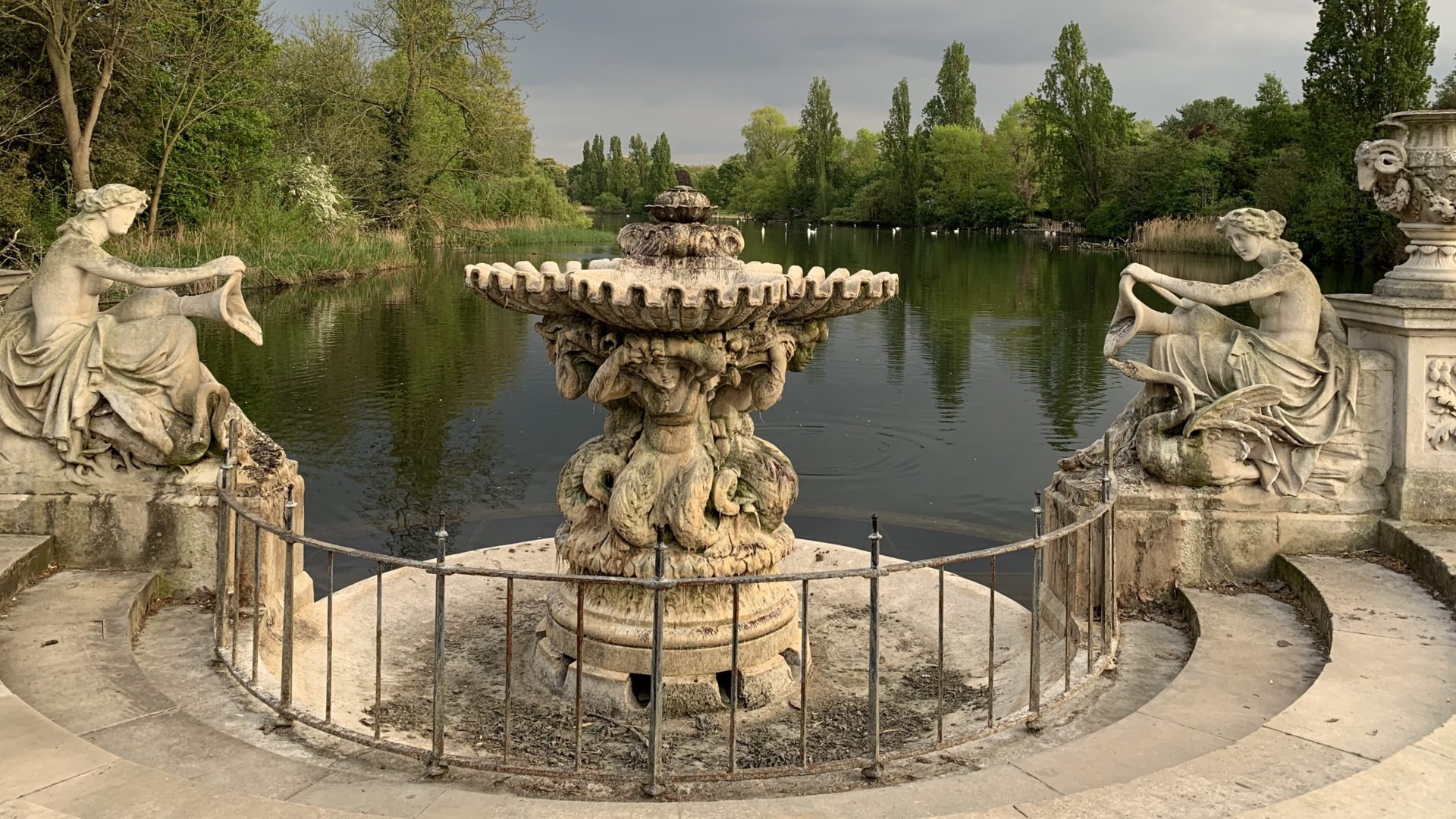 After we settled into our hotel and rested, we wanted to go for a walk. I’ve read about Hyde Park in tons of Regency romances and historical novels, and it was just half a mile from our hotel.

I learned that one side of the Serpentine is Hyde Park, and the other side is Kensington Gardens, where Kensington Palace is, which you can almost see in the background of one of the photos. We didn’t get close to the palace, we were just out for a little walk.

On our way there, a couple on the street asked us where Lancaster Station was. They were Finnish, and had been in London about as long as we had. We had no idea…until we were walking back from the park, when we spotted it just a block from where they’d been standing. I hope they found it.

We also saw the Diana, Princess of Wales Memorial Fountain, which is a big uneven round thing that looks much nicer than it sounds, but is hard to capture on film. (I notice that the official site doesn’t have an image of the whole thing.)

And also the Peter Pan statue, which is having the grounds around it redone to be more accessible and have a fairy garden around it.

And Queen Caroline’s Temple, an early-1700s folly which was completely unlabeled, and we were puzzled. But apparently some of the graffiti dates to 1821, when Kensington Park was first open to the public on a daily basis.

And then it was too cold and we had to leave.