Yesterday we went to Castle Combe (pronounced “COOM”) and Lacock (pronounced “LAY-cuck”), which are uber picturesque Cotswold villages that have had all the movies filmed at them. Driving between them, we saw old thatch-roofed houses. They’re stuck in a time warp, with rules severely limiting what can be done to them.

It’s funny, because going to visit we feel like we’re going back in time to see how it was, but there are paved roads, cars (including a Lotus!), public toilets, electricity, and modern tourists. All we’re really seeing is how people built, as long ago as 1197. And it’s neat, no doubt. And beautiful.

But there are real people living there, and making a living is a serious issue. They can’t modernize. It’s like by living there you’re signing up to be a Disney character for the rest of your life. It’s weird.

I had a little of the same mental conflict when my mom and I visited Jerusalem. I really wanted to see the Jewish parts of the city, and wasn’t interested in the Christian and Muslim sights we were taken to. But they’re all interleaved. You can’t separate the three parts of history, because they’re all living there together now, and they’ve been intertwined for millenia.

The Cotswolds capture a period of history, but they’re part of the modern world. They’re not separate, they’re not old. They’re present now, and we have to work at it to show just the old, picturesque parts and exclude the cars, modern people, and lines in the road.

Here’s the toilets in Castle Combe: 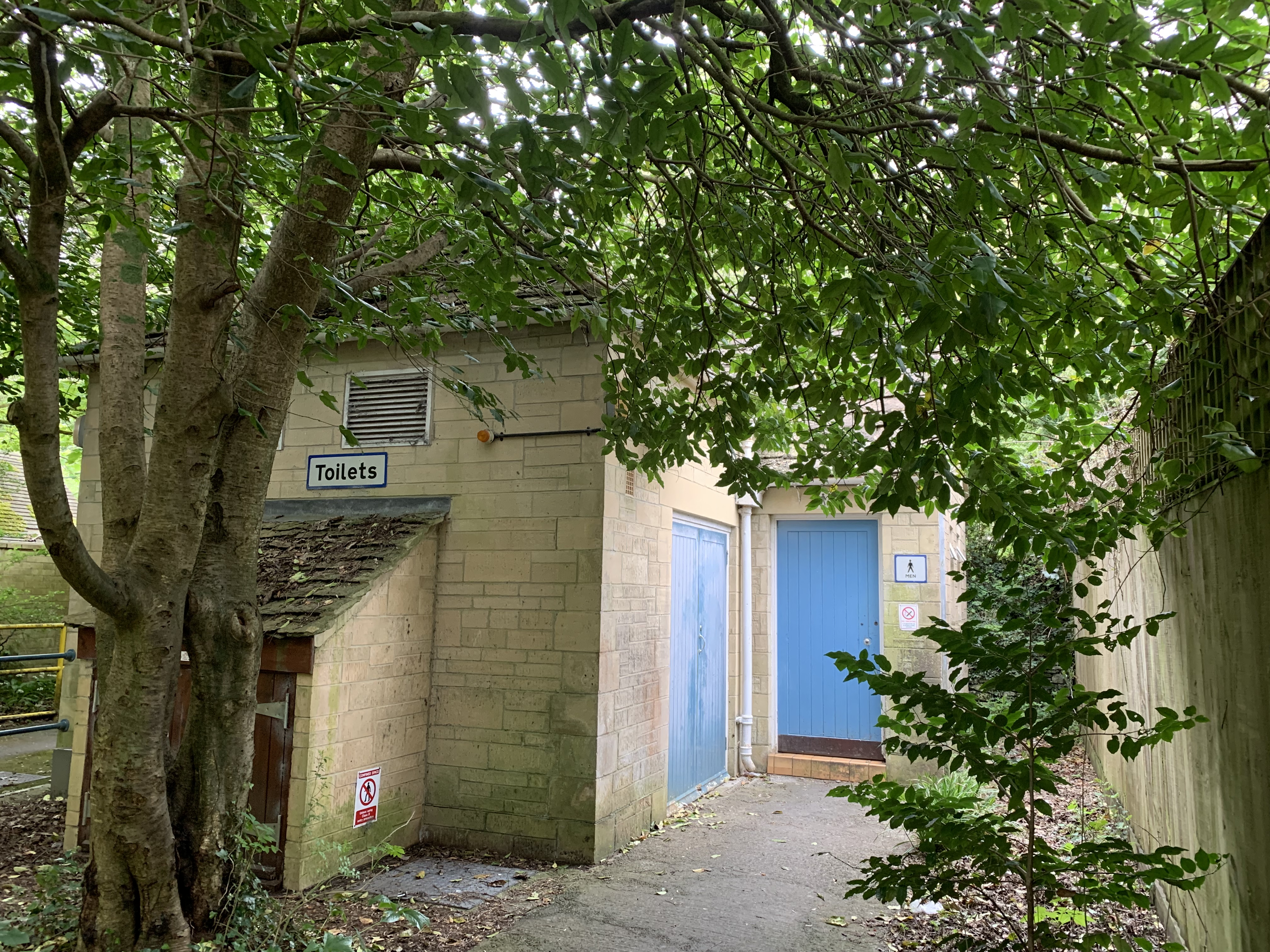 Here’s Ben and me taking photos of each other with our modern phones (there’s cell service in both towns): 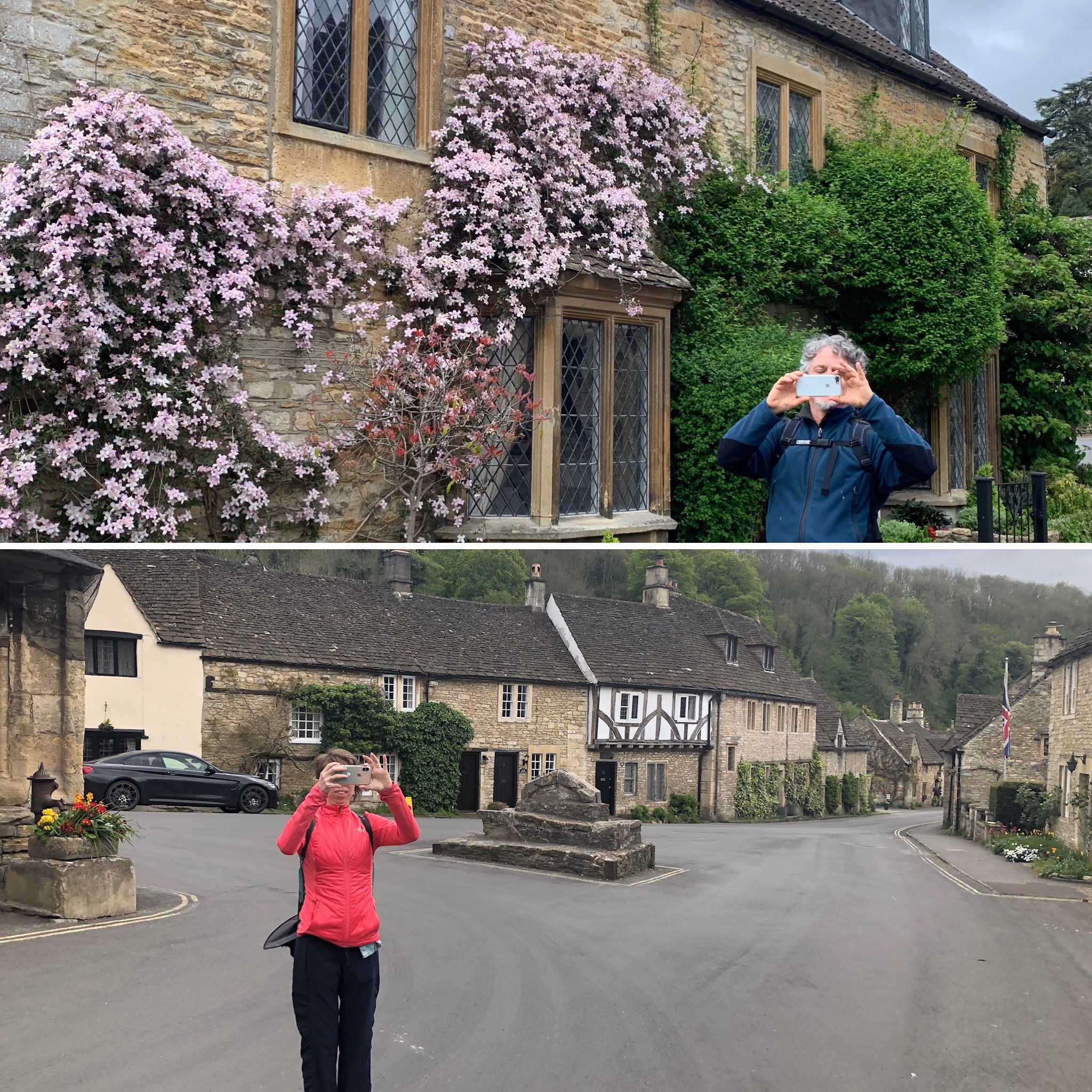 (I really love that pair of photos, for so many reasons.)

And here’s some gorgeous old buildings: 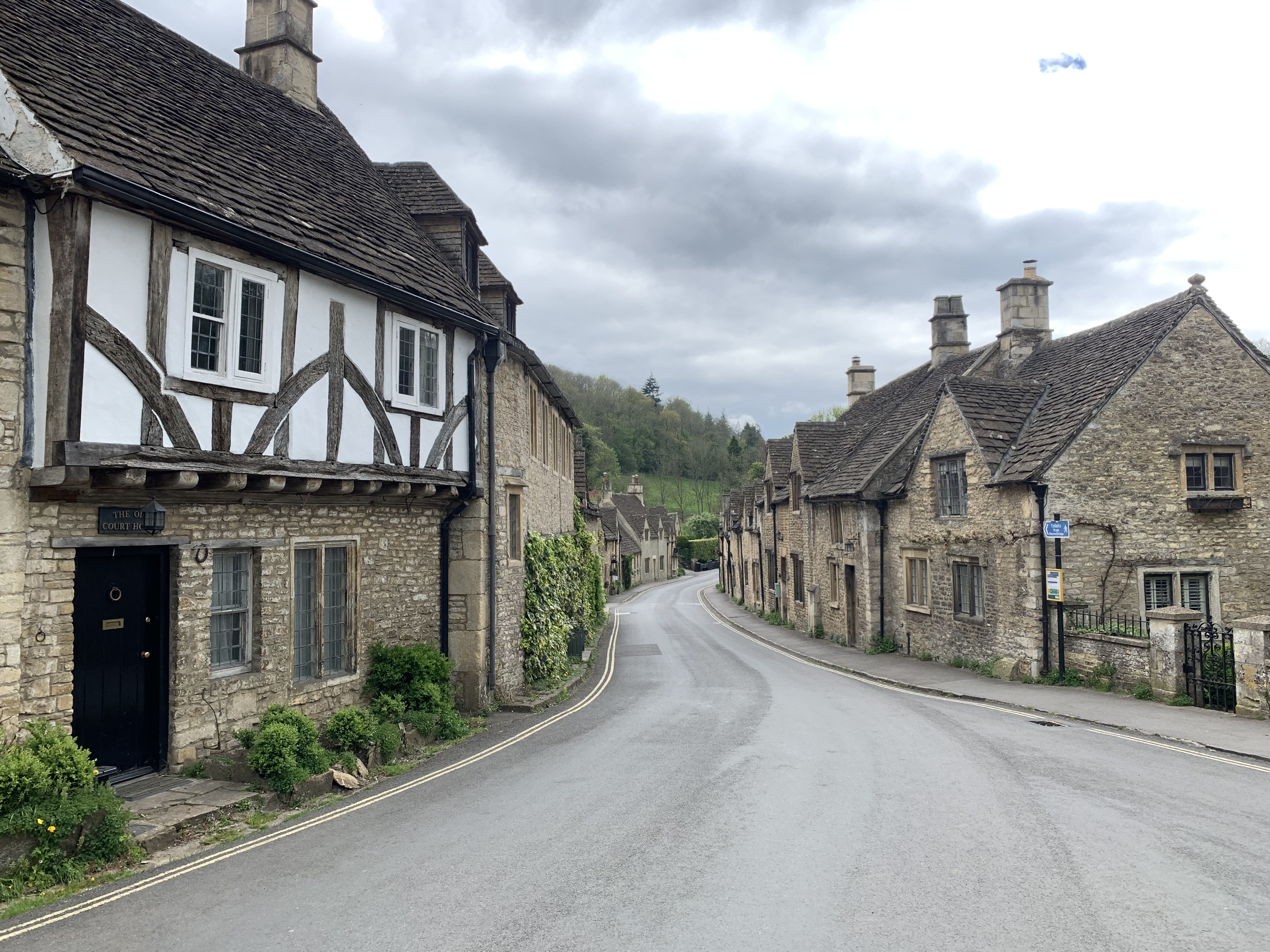 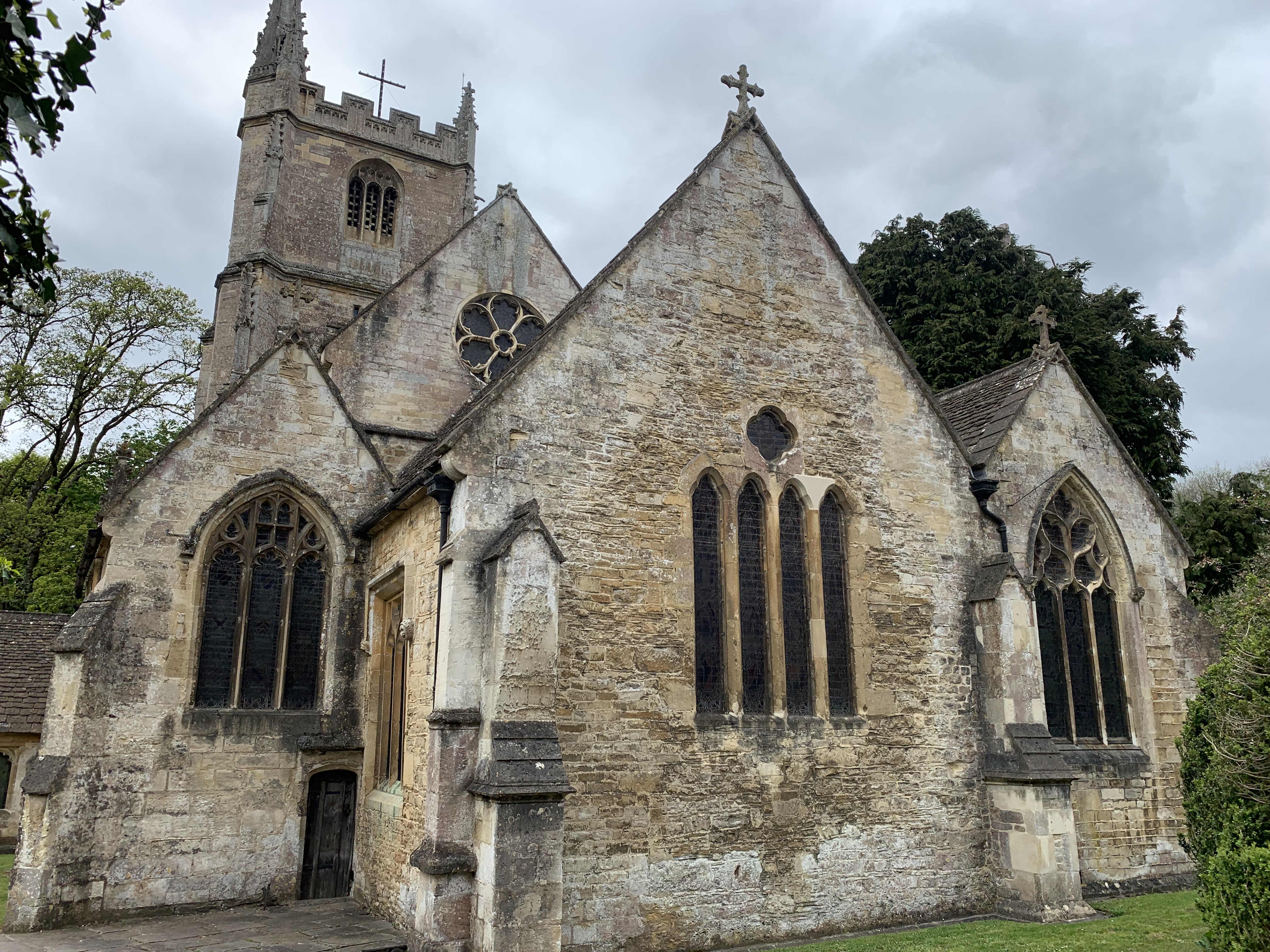 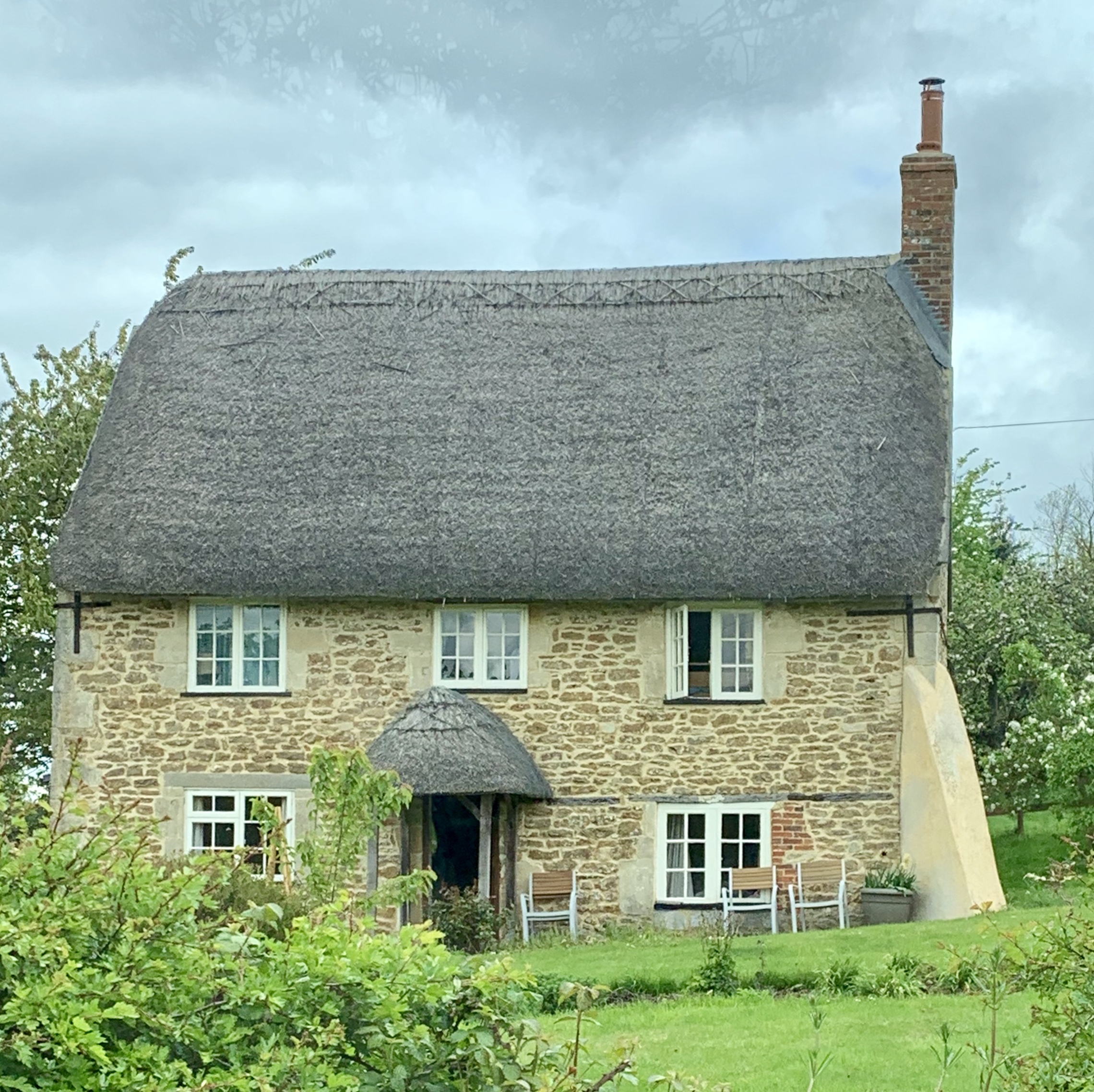 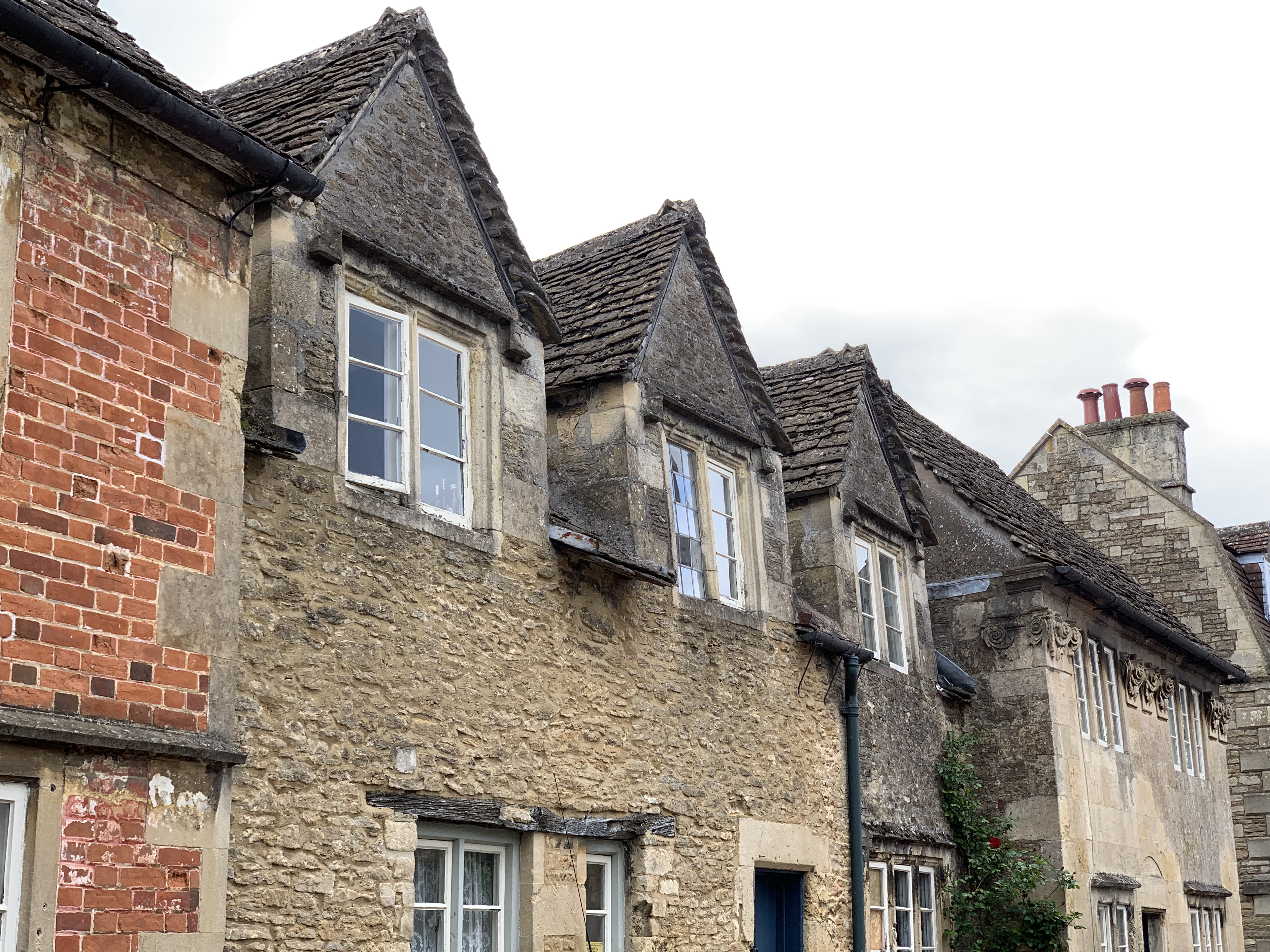 Ben posted other lovely photos, and if you haven’t looked closely, please do. They’re all full of subtle interesting details. The grain of wood, the angles, the textures.

Another thing we lost by only spending an hour in each place was that each house has its own story. Its people had stories. We learned one or two stories of one or two buildings, but here are dozens of buildings that have stood for hundreds of years each. “Hundreds” doesn’t even do it justice, when we’re talking about 800+ years. And this was only two villages out of dozens that have been captured in time.

P.S. I just learned that the main (and almost only) street in Castle Combe is called The Street. 😆💖