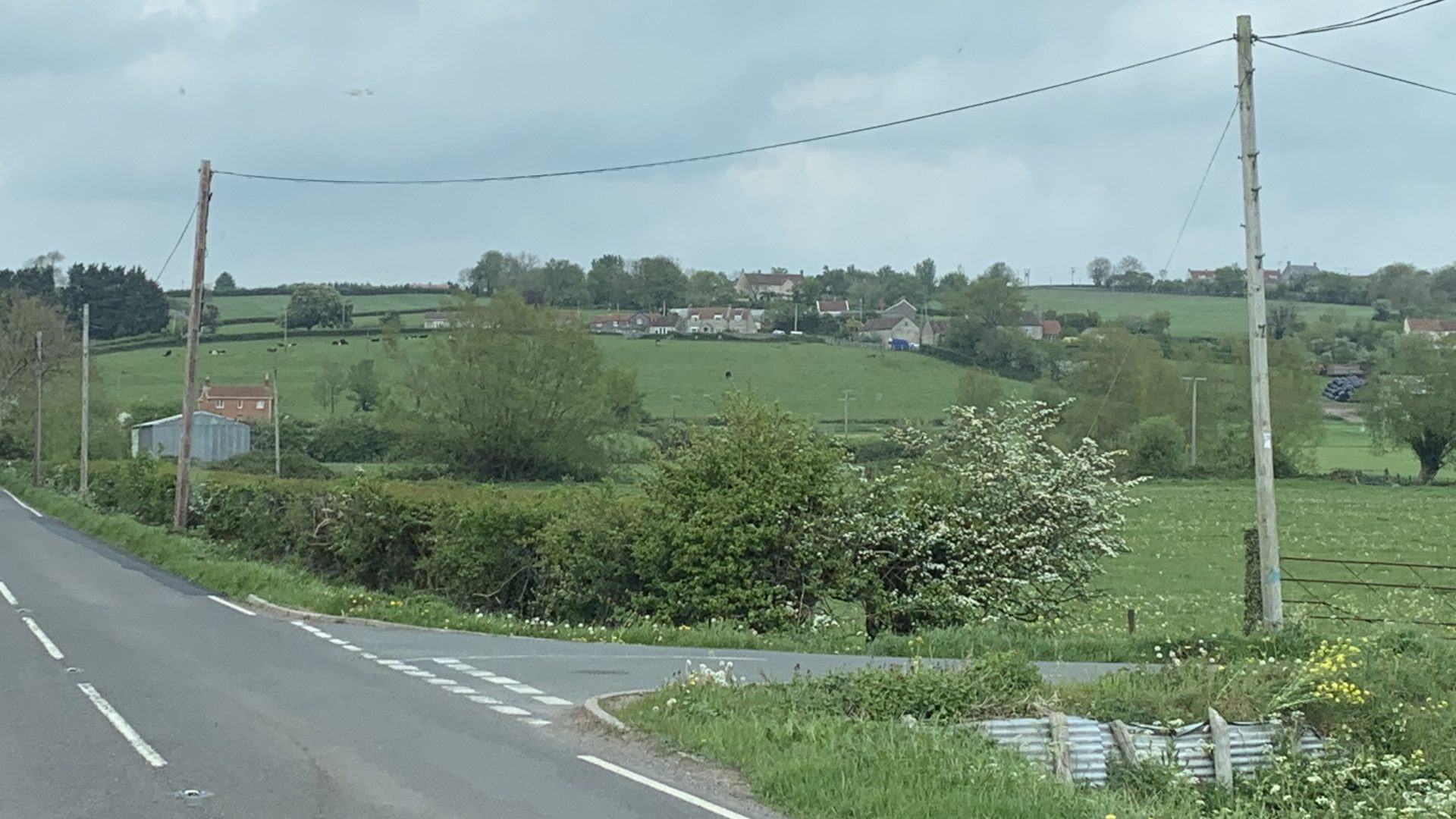 The last bit of our tour through Somerset was through Cheddar Gorge. Our tour guide suggested we might not enjoy it if we’ve seen the Grand Canyon or Yosemite, but we thought it was beautiful.

The town of Cheddar is where the cheese comes from. We opted not to stop for cheese and cider, because we’d all eaten at both Wells and Glastonbury.

What surprised me about this part of the tour was how much cooperation is required between drivers going in opposite directions. It was worse when one of them is a wide tour bus, but there were a number of places where the lane was just too narrow for two cars to pass quickly, and there was one town where they deliberately added single-lane sections in order to slow down traffic, so you’d have to take turns to go through. (A lateral speed bump, you might say.) Cars would blink their lights to indicate the other person should go first, and the person who got to go would wave in thanks, and then the first person would wave back to say you’re welcome. It was charming.

Somerset as a whole is quite pretty, and I loved all the old stone houses, and the stone walls with moss growing on them. There’s something amazing about how moss grows on solid rocks.

I didn’t get any photos that do it justice because we were driving, so here’s a google image search.